After reading Art and Nature I started thinking about the original art that I have - I don't have many. I may as well try to post the few that I do have. The oldest original art that I have are two watercolors by Paulus Knogh (1737-1802). Knogh was a Dutch mathematician and physician who was also an artist and art collector. As an artist he specialized in drawing insects and amphibians. The Rijksmuseum in Amsterdam has a few of his insect watercolors on their website. 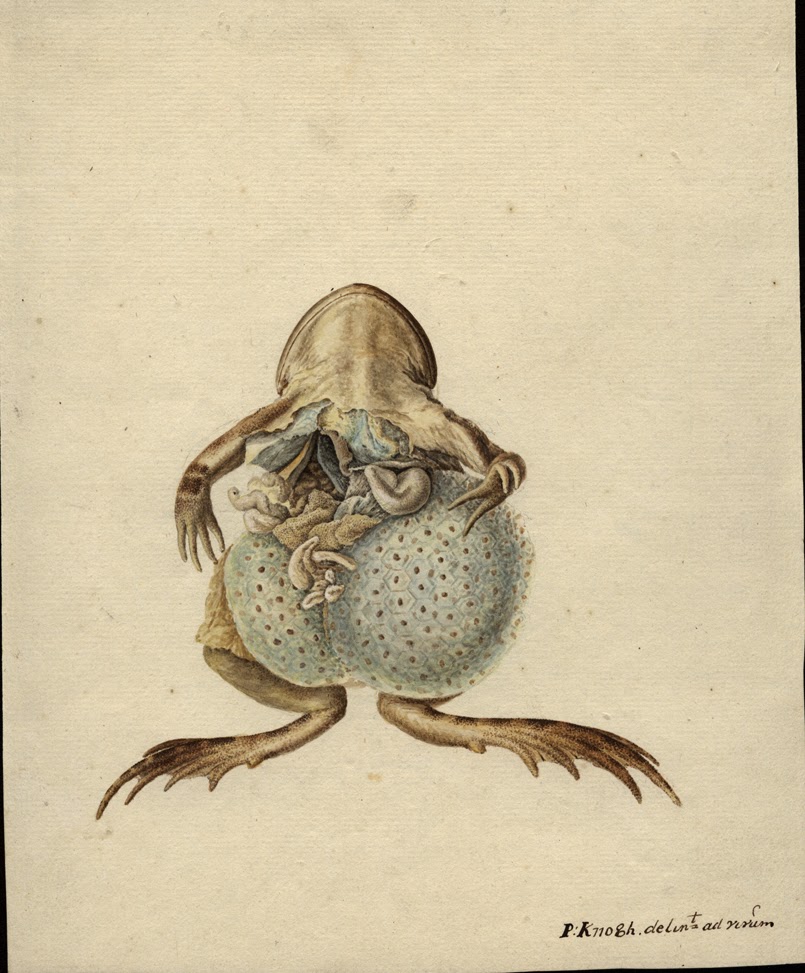 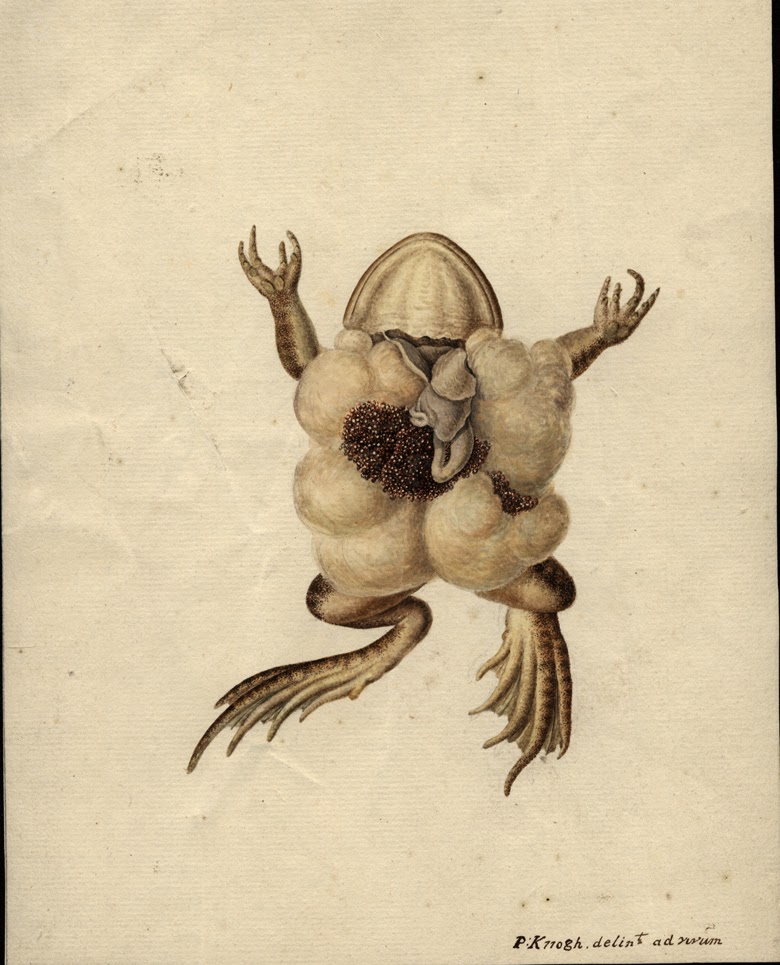 To me these paintings are very reminiscent of Maria Sibylla Merian (1647-1717). As can be seen by his work on the Rijkmuseum website, Knogh was certainly aware of Merian's work. Another artist who was heavily influenced by Merian was August Johan Roesel von Rosenhof (1705-1759). His first book was on insects - Today he is often considered one of the fathers of German Entomology. His second book was on frogs and is still considered to have among the best illustrations of frogs ever produced. Here is one of the illustrations from Rosel von Rosenhof's book. It appears to me that Knogh also knew of this work (I plan to discuss both Merian and Roesel von Rosenhof in future postings). In these pictures you can see the Knogh paintings seem more realistic and finely painted than the Roesel von Rosenhof - but keep in mind the Knogh are original watercolors and the Roesel von Rosenhof is a hand-colored engraving from his book. 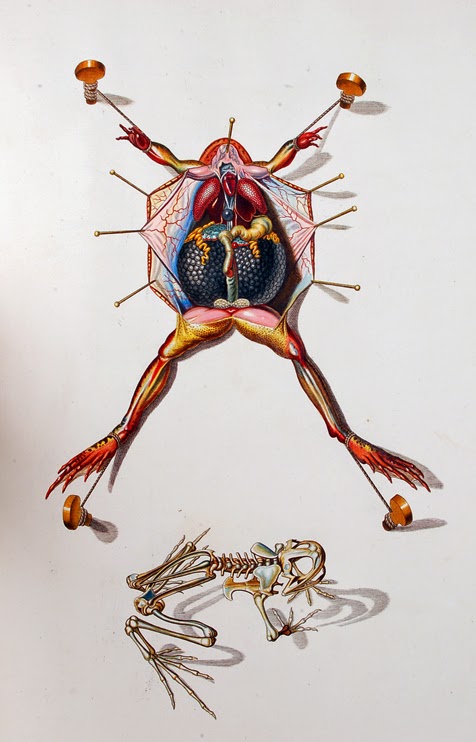 WorldCat lists two books published by Knogh. One of them, published in 1803, Museum Knoghianum continens Praeparata anatomica ... Kabinet van naturalien has a title that suggests these painting may have been completed as part of this book. Unfortunately I am unable to locate a copy of this book or even a complete citation to indicate if it has any plates.