I am fortunate to have two watercolors, representing drawings of snakes in volume two of the Reptiles. These both hold some interest and offer some clues to perhaps how Obbes worked. The first watercolor is of a Boiga dendrophila (Mangrove Snake). This painting was used as the cover of Herpetological Review in 2006, volume 37(1). Most of the information I have about the artist comes from the write up about the cover in this issue by Kraig Adler.

Below are pictures of the original watercolor, the cover of Herpetological Review 37(1), and the drawing on page 198, of Nelly de Rooij's 1917, Reptiles of the Indo-Australian Archipelago volume 2. 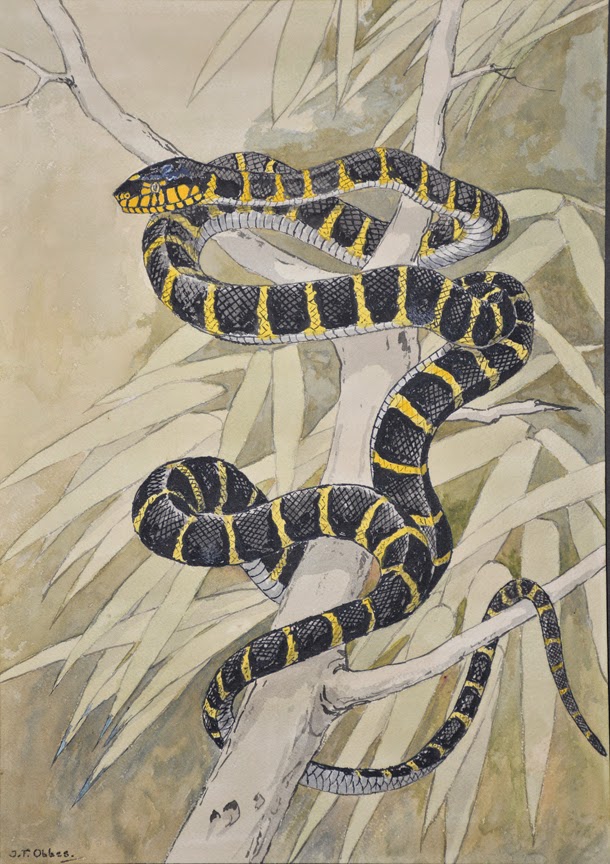 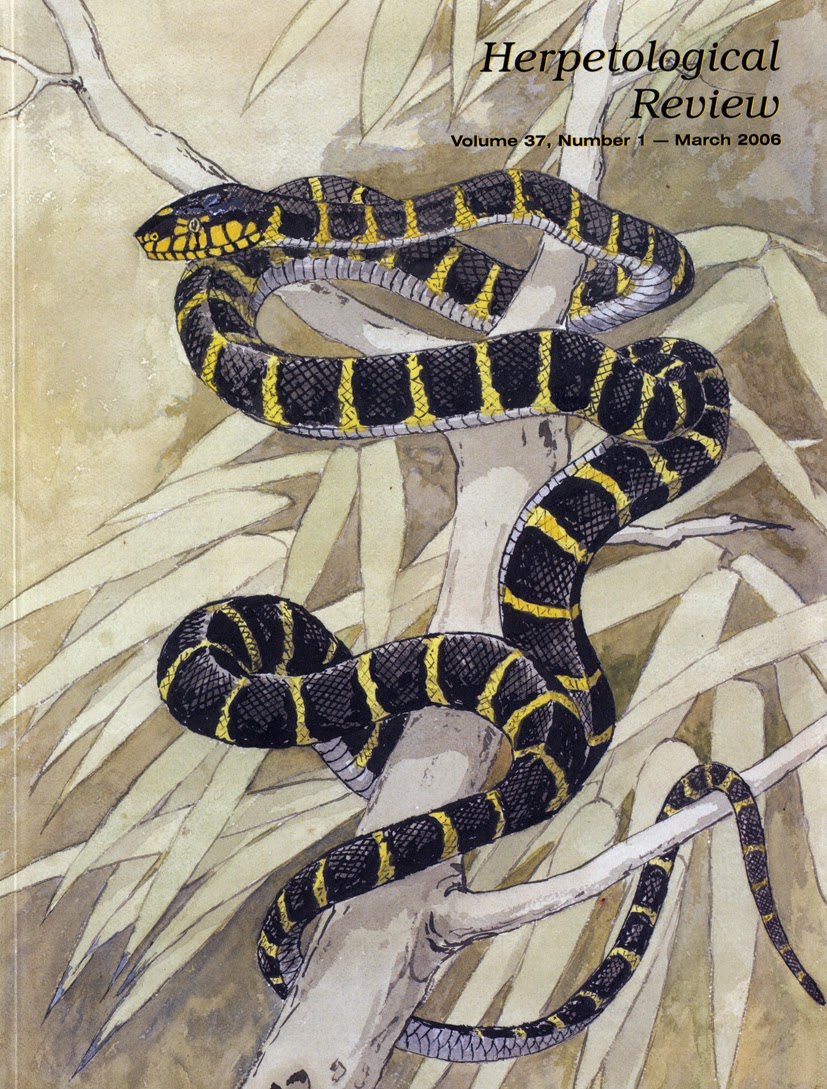 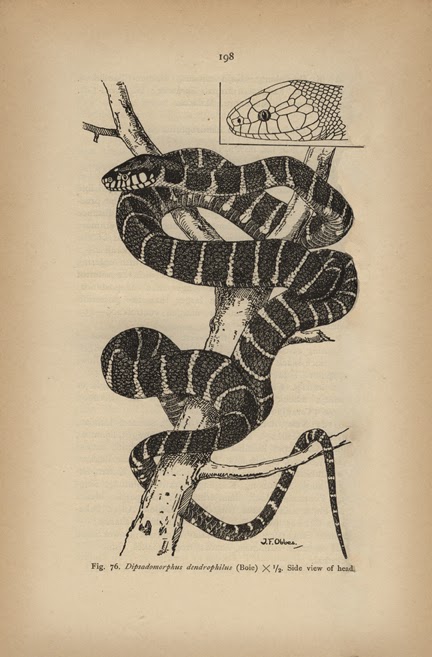 In this case the original watercolor and the drawing differ little. Details that are lacking in the watercolor have been added to the drawing, but this is not unusual. Adler (in Herpetological Review 37(1)) states, "With reference to Obbes' work, it has not been previously recorded that at least some of his line drawings used in the de Roij volumes, including the figure [of the Mangrove Snake], were based on watercolors likely prepared using live specimens shipped to him from Java. In this case, the original watercolor measures 29 x 41 cm."

The second watercolor is perhaps more interesting in an enigmatic sort of way. The watercolor is of a Malayopython reticulatus (Reticulated Python): 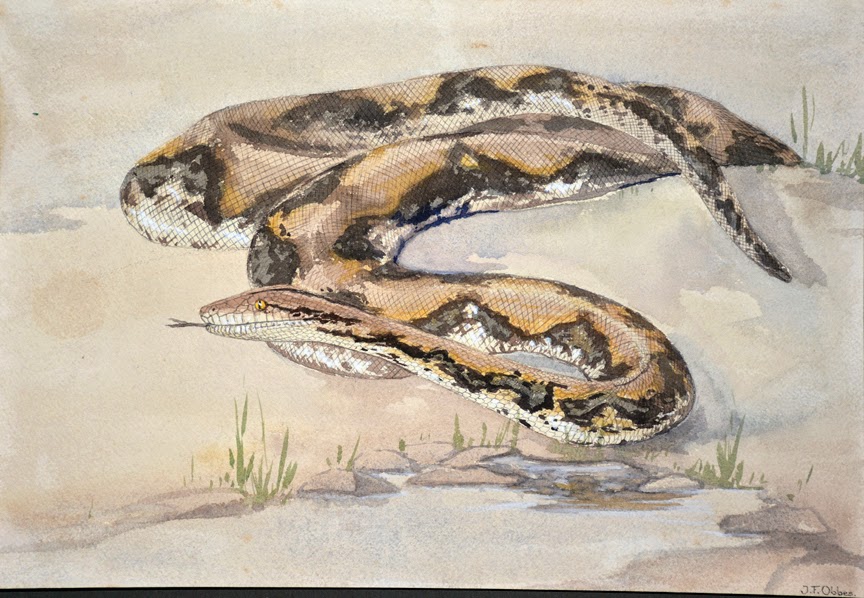 However, in the book, the snake has transformed into Python curtus (Blood Python): 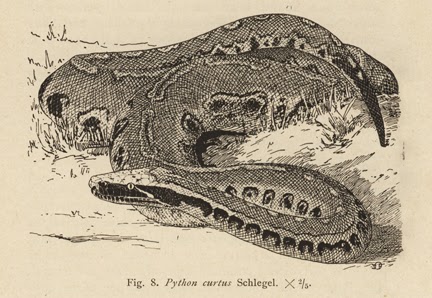 In my opinion the body shape and tail work much better as a Blood Python than as a Reticulated Python. It is difficult to surmise the process of illustration here. Clearly the Reticulated Python pattern is correct, as are the colors - suggesting the snake was drawn from life. The pattern of the Blood Python is also accurate, and the body shape seems accurate, which might necessarily had to have been drawn from life, since a preserved specimen's shape may be difficult to accurately depict. Perhaps most curious, is that the book offers a proportion to life of  "X 2/5". The head length in the printed drawing is  25 mm, giving a life size head length of 62.5 mm (about 2.5 inches). This is a reasonable length for a Blood Python, but not for anything, but a very young Reticulated Python. This leaves me wondering about the original watercolor, and the relationship between the two illustrations.

A search for information about Joan François Obbes didm not yield much written information. I did find references to a couple of books containing information about him. Both are encyclopedias of Netherlands artists. I also found several of his watercolors have been sold, particularly through auction. Many of these are of birds, while others are of people. I could not find any other herpetological watercolors, although undoubtedly more exist.